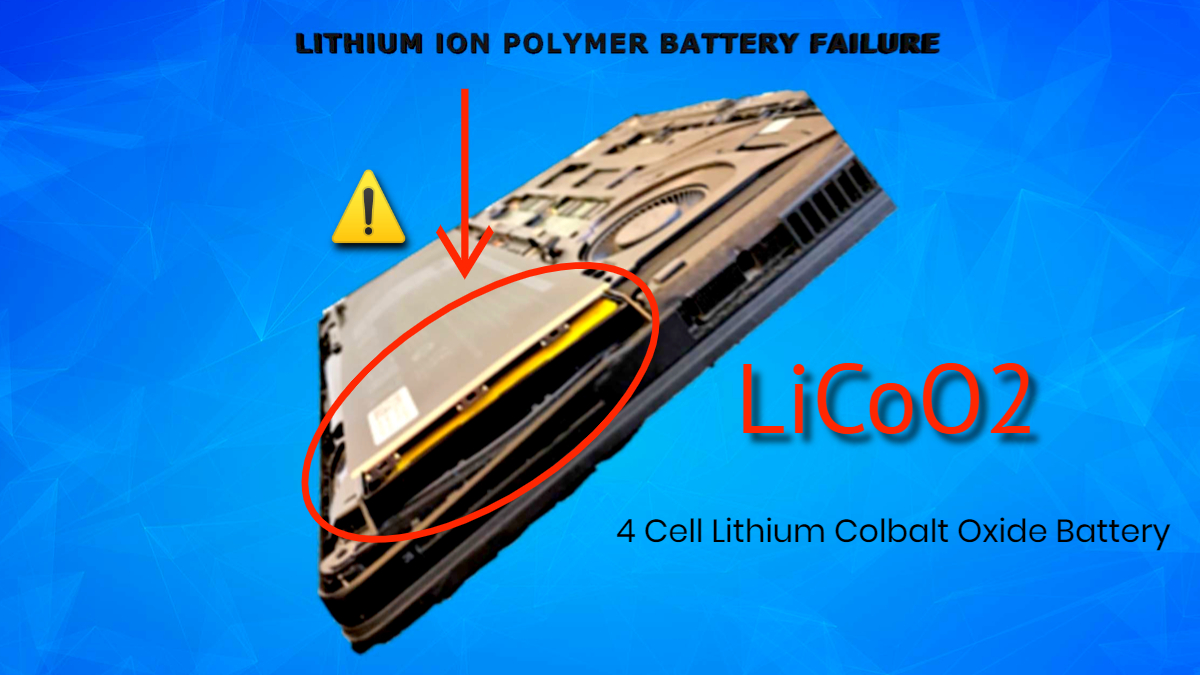 “Something is wrong with my laptop, it’s expanding and the case is beginning to break apart,” said a caller on the phone.

Thankfully, lithium-ion batteries and the devices which use them are engineered with consumer safety in mind.  For example, batteries and devices have thermal overload protections built-in.  Additionally, protections within the integrated circuitry is designed to prevent over-charging or discharging too fast.

Most consumers will never experience a problem with a lithium-ion battery.

To reap the benefits of lithium-ion chemistry batteries, there’s a trade-off.

Alas, lithium (Li) is a highly reactive and flammable element.  When exposed to air and moisture from water, it becomes potentially explosive.

Afterall, what would we do without our iPhones and laptops?

Once presented with the laptop, I identified the battery as a lithium cobalt oxide (LiCoO2) polymer. Thankfully, I was able to remove the battery safely. This specific chemistry is great for energy storage.

As to the laptop battery, all four cells within the battery were swollen and bulging.  The exterior battery casing was structurally compromised.  Aside from bulging, thankfully the cells did not vent (rupture) and the battery never reached a state of thermal runaway.

Now, if a lithium-ion-polymer battery short-circuits or is overcharged, the battery will get hot fast and that’s where problems develop.  In fact, overheating may result in an explosion if thermal runaway occurs.